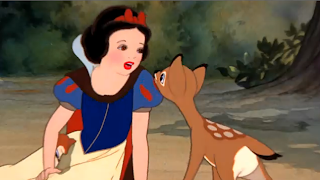 A Disney Remix of Snow White.... Think it sounds awful?
Think again!
This is the latest work of Nick Bertke, better known on the web & music scene as Pogo.
Come to people's attention a couple of years ago for his remix of Alice in Wonderland using sounds, chords and vocals from the film itself, he has now re-cut Charlie &The Chocolate Factory, Toy Story, Terminator amongst a few...
Check out his take on UP!
Nice!
http://www.youtube.com/user/Fagottron?feature=mhum#p/u/2/qs1bG6BIYlo