Halloween approaching and what best way to celebrate than to take a first look at Tim Burton's Frankenweenie. 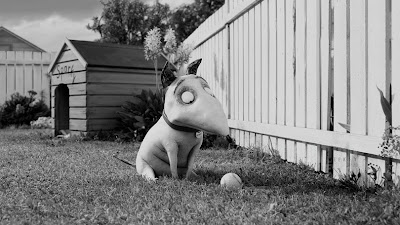 All rights of the images are property of Disney & Tim Burton

Disney has released some images and Tim has done a little interview with Entertainment Weekly ahead of the All Hallows Eve weekend.

Although the film is not going to be released for a while yet it's great to start seeing some images out there.
The animation should be in the can in a few weeks and personally I cannot wait to see the finished thing.
I missed out on a crew screening a few weeks ago due to my work commitments in Paris for the Cartoon Network show Angelo Rules, but nothing is going to stop me from the next one.

As you can see by the first pics revealed of the film Frankenweenie is going to be released in glorious Black & White and in 3D.
Working on a film with such a classic horror movie look was an immense pleasure and trying to work out shots and storyboard scenes with the notion that these would be in 3D and have some lush black areas was a fantastic challenge.

In the EW interview Tim explains the origins of the Frankenweenie story and his love for dogs in general:

“It’s such an unconditional relationship. A lot of kids have that experience – I certainly had that experience with a first pet. You’ll probably never have it again in your life in that way, it’s so pure and memorable.”

For the full article go to Entertainment Weekly 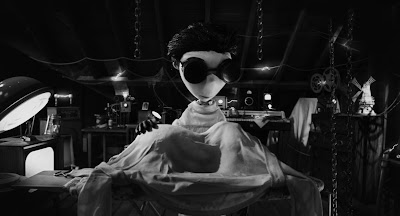