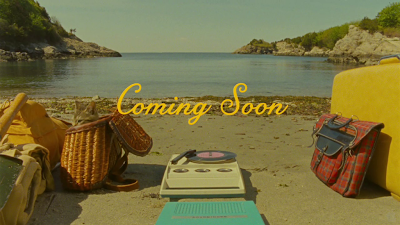 Interviewed the other day Wes announced the broadcast of an animated short put together as a companion and promotional film for Moonrise Kingdom.

He told CoomingSoon.Net. “[The character of Suzy has] a suitcase full of these young adult fantasy type novels. Sort of sci-fi/fantasy books. We had to invent them and give a little glimpse of each one. Different artists, most of whom very close to the filmmakers, were doing these. In fact, we have now animated them, each little passage, each in the style of the cover of the book. We’ve made a little short film that’s hosted by Bob Balaban, the narrator in our movie. That will come out next week on the internet. It’ll be a little companion piece to the movie.”

It was with great pleasure that OneHandClapping put together a team of talented animators and in only 2 weeks produced the 5 animation shorts for this little project.

I'll post the link to the short film as soon at it is released.

Super! Looking fw to it!!

Bravo! Which one did you make, Christian?

Thank you!
I was animation director and supervisor on all the animated shorts.
It's all woven in like a childrens' book hour presented by Bob Balaban who narrates Moonrise Kingdom.