SLASH'S BADRAIN from pitch to video

As promised here is the work progression of the BadRain music video project I directed for Slash's third single from his new album Apocalyptic Love, featuring Myles Kennedy & the Conspirators.

Immediately below is the pitch I sent to the label when approached with the project.Initially I was given as a brief a few elements Slash wanted to include: snakes, a sexy girl, tattoos and of course a top-hat.

I came up with a quick storyline which included these elements and explored a little concept I wanted to develop based on old horror comics such as Tales From The Crypt and Creepshow, in which some hapless character would eventually meet his doom in a twisted and gruesome way.

I tried to give a flavour of the concept in the pitch with some choice wording in the description and some images grabbed from the Internet, just painting the mood and atmosphere of my idea. 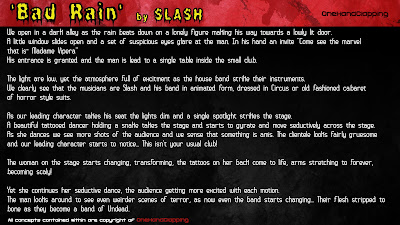 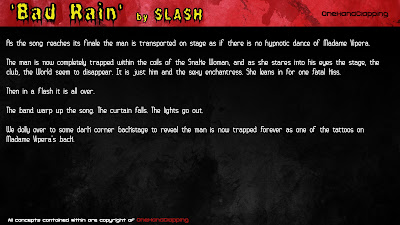 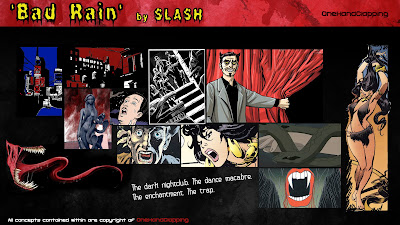 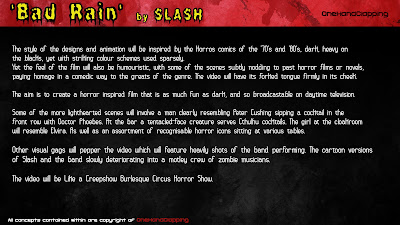 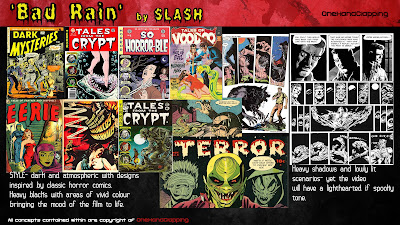 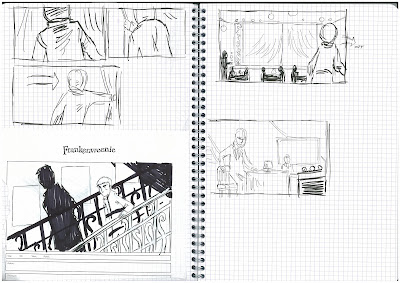 I knew that with a 5 week production time I needed to hit the ground running so I immediately started sketching some ideas for shots in my sketchbook, visualizing the story. 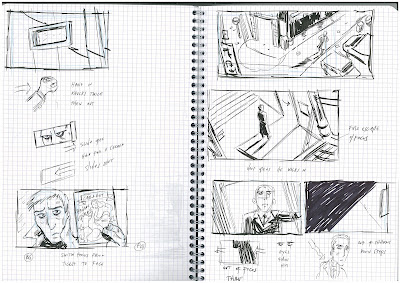 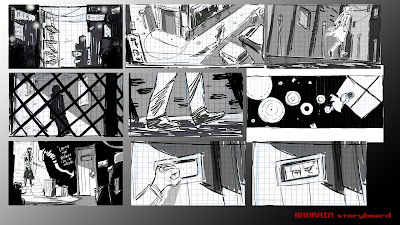 These rough storyboards actually made it in the animatic as there was no time to do a clean version, so I storyboarded as I came up with ideas, feeding the first animators as soon as I could whilst at the same time briefing the designer on the initial character which we simply called 'The Dude'. 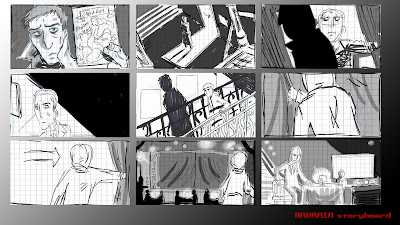 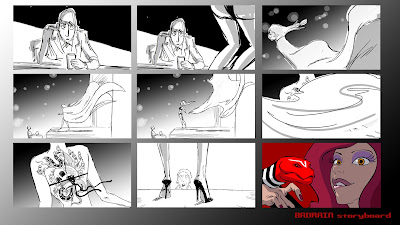 The Dude started his life as a quick ten second sketch done on the train on my way home, and immediately emailed to the designer Alban Rodriguez.

Alban was akin to a small hurricane during the whole project, churning out design upon design of the many characters that populated the video. 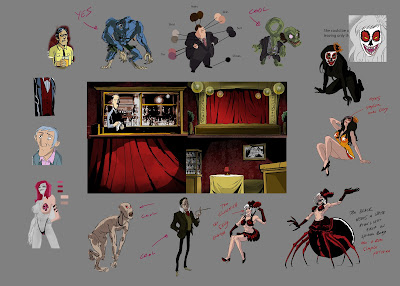 We purposely kept the designs loose to allow the animators the time to start working on the scenes immediately, and also to have a certain freedom to explore their scenes and have fun with the animation. 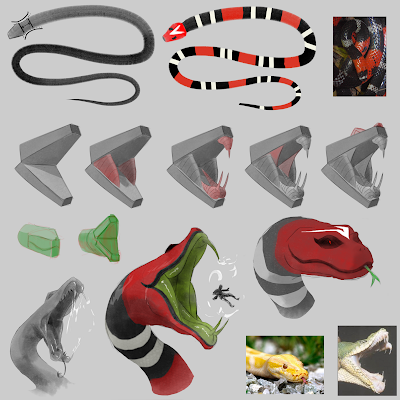 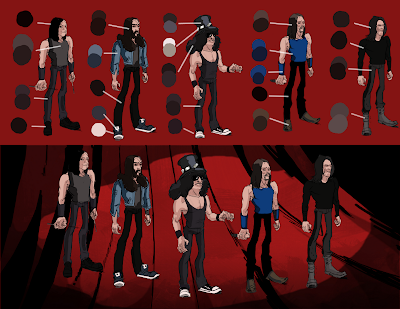 The video had a total of 103 shots all of which needed hand painted backgrounds. These were done in Photoshop opting for a style which somewhat resembled the comic book look I was aiming for originally.
Lots of black, creating areas of darkness in every shot and reminding one of the dense black ink which permeates every panel of a horror comic. 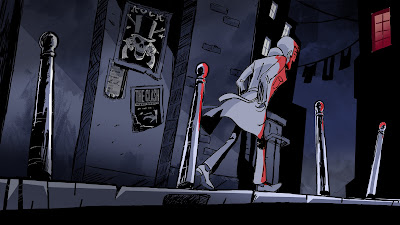 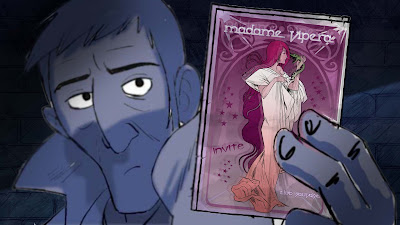 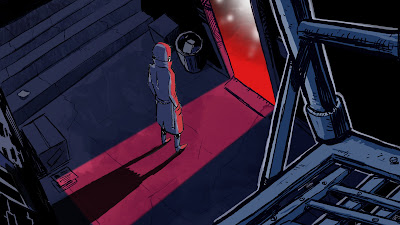 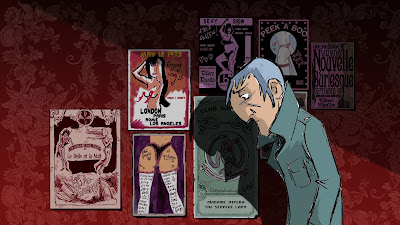 On the backgrounds I had the help of the very talented and fast Yvan Roche who I worked with at TeamTo in Paris.

I also wanted the backgrounds to have a certain amoutn fo textures so we added layers of splattery, dry brush and inky brushstrokes to the colours and the shading, which seemed to go well with the heavy ink comicbook ink lines we were drawing in.


You can still see the finished video on Youtube and other rockin' blogs!

ps. A funny sidestory is that in Italy many newspapers and blogs claimed the video was directed by Wes Anderson... Someone really got their facts wrong during the press release!