Here are a few covers from the White Cape comic which appears in Fantastic Mr Fox.
I've singled out Alone in the Arctic Circle as this was one that Wes had me change at the last minute as he wanted the titles of the covers to reflect Ash's mood throughout the film, tracking his emotional state.
My original title Ice Madness was more a nod to 1950's horror comics like Tales from the Crypt, but also an in joke I had with someone on the production about Ren & Stimpy's Space Madness episode.

In the next few days I'll post some inside pages from the comic book I drew which was then taken by the props department, scanned and printed to a size that would fit the puppet of Ash for some scenes in the movie.

All artwork for the covers and comic pages was done in inks on paper by the way, all the text written by hand; the colours were added later in Photoshop. 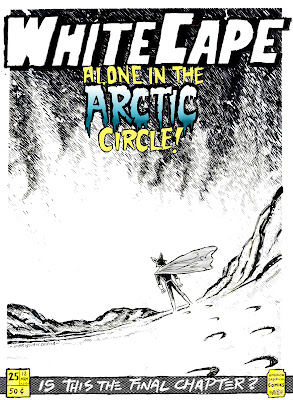 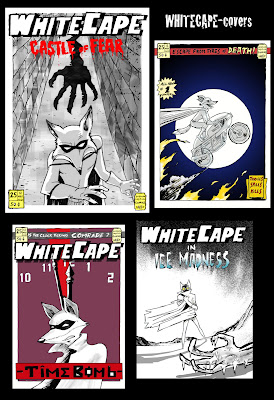