just a quick note this morning to show you all the pages of the comic that appear in one of the scenes in Fantastic Mr Fox.
If you've seen the film, it's the scene in immediately after Fox and his family are dispossessed from their tree house and dig their way to safety.
Fox, his family and Kiley are resting in a cave and cousin Kristofferson confronts Ash as the little nerdy Fox is reading his White-Cape comic, 'White-Cape vs. The Black Dog'.

We generally referred to that scene as 'Beagle Ticks' (or SQ0170_002-0032-01 if you work in production!) because Ash is spreading rumours around school that Kristofferson has Beagle Ticks and Pelt Lice.

Incidentally the titles of each White-Cape cover reflect the mood Ash is in, tracking his emotions throughout the film, and the title 'White-Cape vs. The Black Dog' comes from a little in-joke Wes and I had after a particularly hard 70-72 hour long working week.

The artwork is produced in inks on standard A3 drawing paper. I went for a sketchy Underground Comics style or something similar you'd find in Tales From The Crypt as it suits my lazy hand and I enjoy getting lost in fast, rough linework.

A friend of mine happened to find an interview Wes did last year in which he talks about the possibility of producing a White-Cape comic... Not going to happen.

But if you'd like to see the interview go here

Hope you enjoy viewing these pages as much as I enjoyed drawing them. 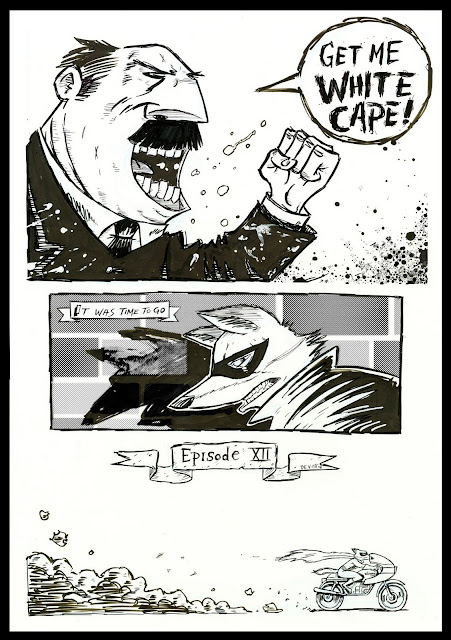 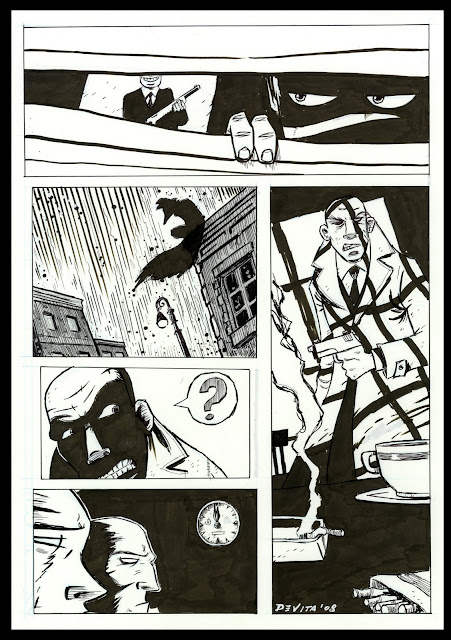 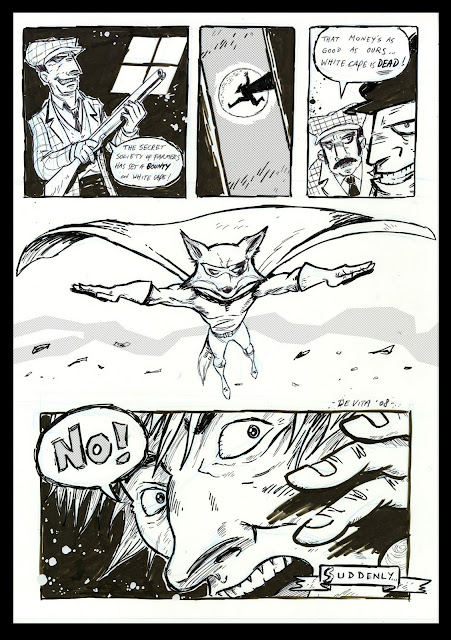 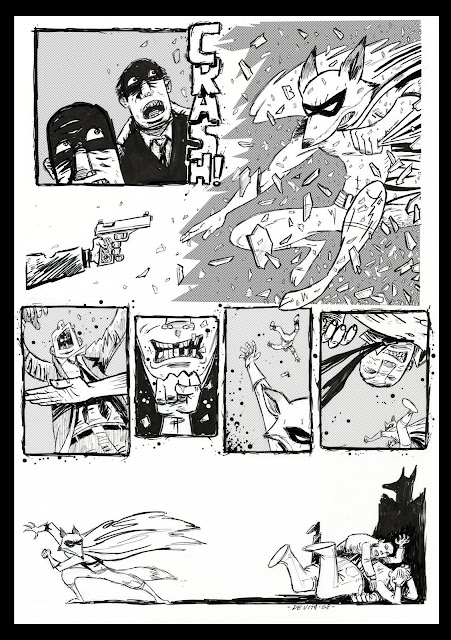 All images are copyright of 20th Century Fox™ and © 2011 Fox and its related entities. All Rights Reserved. Property of FOX.

Thank you very much, Casey.
I'd love to do more of it, but to be honest there simply ain't enough hours in a day!
cheers

Cheers guys.
Working on these was a nice change of pace from the storyboards on Fox which had to rendered so quick, some went to editorial looking not much more than thumbnails.
Shame we never got to do the small hand drawn 2D section Wes talked about. It would have been cool to have the little animal puppets watch some simple 2D animation on their TV.